We set up our main recording studio, Studio A, to be fully solar powered when we built it in 2005 and since then it’s been a dream to run.  The array of 18x200W Photo Voltaic panels up on the roof pump electricity into the main power supply of the building throughout the year needing no particular attention, they supply any excess to the National Grid, an excess we get paid for, they’re even self-cleaning.  If only everything in life worked so well….

We do however get a lot of queries about “what happens when the sun goes in” and there is a misconception that solar won’t work in rainy old England.  It’s not quite like that however as it’s more a matter of give and take to the Grid.

This is how it works: When we first started we did an audit of how much energy Studio A would use over the course of a year and this was estimated at an amount that 18 PV panels would be able to make on flat, south facing roof such as we have.  Turns out this was actually an overestimate so we are able to supply firstly Studio A, then the power is taken into the other studios in the building (so your rehearsals here may be solar powered) and anything over is exported out and into the Grid thus greening the entire national system.  On a sunny summer morning before things get going at The Premises Studios the panels will be pumping out far more energy than we need so it’s exported away.  By nightfall there when there’s no more light things automatically switch around and we take all the energy we need from the Grid.  On long summer days it works out that we make more energy than we use so we actually have a revenue stream sitting up there on our roof.  Solar Power works, it really does.

Here are the figures:

And increasing every day….. 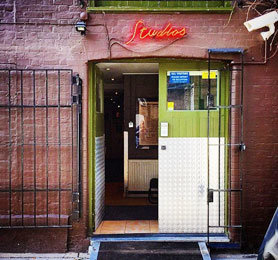 The Premises Cafe opens from breakfast through to dinner to 11pm. Fresh menu from 5.30pm with fabulous Turkish Grills, Daily Specials and Salads.
Fully licensed, with a good selection of wines, beers and spirits. Happy Hour Cocktails from 5.30pm-7.30pm!
Further info and menu 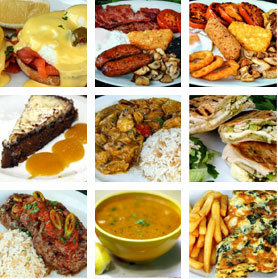 Our Solar Campaign Pays Off Today!
Scroll to top